On March 16, I published a note titled “COVID-19 = Coiled Springs 19.”  Its intent was not so much to serve as a call-to-action, but rather to provide a voice of reason during a time of market panic. It was happenstance that the memo was released five trading days before we hit bottom. Referring to my own words, I wrote:

If I had a lot of cash, I would definitely invest a portion of it today based on the bottom-up value opportunities created over the past three weeks of panic selling. I say that knowing full well that we may not have reached the bottom. We may have another 10% to 30% to go on the downside.

The rearview mirror shows there was only 6% remaining to the bottom for the S&P 500 from the close of that day. All in all, in the space of only 23 trading sessions from the peak on February 19 and ending March 23, the S&P 500 plunged 34% while the S&P TSX Index gave up 37%.

At the time, China had successfully clamped down on the spread of the virus, while the rest of the world was just beginning to see the concept of compounding work its powers with virus case numbers. Since then, the planet spiraled into a lockdown unlike anything seen before. I thought at the time that a deceleration in new case numbers would be needed to provide the markets with the needed confidence to stage a meaningful comeback. That turned out to be dead wrong as it was the announcement of massive government stimulus that provided the necessary electrical shock.

Where Are We Now?

As of this writing, the v-shaped market recovery has eliminated most year-to-date losses and the NASDAQ is now squarely in positive territory. The bifurcation in equities has only further increased as the large cap tech stocks continue to outpace almost everything else on a year-to-date basis; it is therefore misleading to look at index averages as a fair representation as to what’s happening in the market.  The indexes don’t appear cheap after the rebound, so a critical question is how closely does one’s investments resemble the indexes?  But it isn’t so easy as to say tech stocks are overhyped and don’t deserve the capital appreciation they have experienced.

Companies that have benefitted from the virus have been embraced strongly by investors. It so happens that most of the FAANG group (Facebook, Amazon, Apple, Netflix, and Google) have experienced a spike in the usage of their services since the lockdown. The next group consists of companies whose revenues may not directly receive a push from the lockdown, but whose business operations and/or cash flows have been largely unaffected due to the ability of employees to work from home. Lastly, we have the ‘COVID epicenter’ group – companies whose operations experienced a near total closure during the lockdown. This final group (think airlines, anything dependent on a retail footprint, hotels, and commercial real estate) is still down significantly from the February 2020 highs despite the sharp bounce from March 23.

In the near term, there is a lot of uncertainty on the macro level and headlines.  Most experts believe there will be a strong second wave of the virus in the fall, while the first wave has yet to end in most of the world. The U.S. presidential election and its result will likely be a source of wild, unpredictable fluctuation. And despite all this uncertainty, why do I posit that fixation on these unknowns is the wrong approach?

I actually believe it is harmful to one’s well-being to allow fear of the unknown override investment decisions that otherwise would have been made, especially if said decisions would have been based on the ‘micro’ analysis of a business. This is especially topical now as the 38.5% spike off the March bottom for the S&P 500 creates the immediate impression that equities have climbed too far and too quickly. The point is that basing a key decision off the optics of the increase, which rely on one reference point (the bottom) is incomplete.  And what if hindsight proves market timing to be ‘right’? The irony is that success in making such a call will damage most people who get lucky. Falsely attributing skill to luck can form the basis of future decisions to make big moves in or out of cash depending on short term views of where the indexes will go.

It isn’t ‘getting it right’ with tactical maneuvers during this recession that matter most for one’s long term well-being. Did the investor short the market or raise ample cash before the crash? Switch to ‘work-from-home’ stocks in a timely manner?  Aggressively invest during the darkest days? Such moves would have been beneficial to returns in the here-and-now, but beware of confirmation bias and the damage that being right or wrong with short-term hunches can do to rational conduct.

Instead, it is keeping grounded and having the right psychology that matter most for achieving long-term compounding.  Think of a level used in woodworking: we are confident the positioning is level with the ground if the bubble is positioned between the two markers. The same applies to confidence in investing in that we must not allow wins to blindly reinforce previous decisions, and vice versa our ‘losers’ can incorrectly reinforce against thinking that may yield the opposite result going forward.

So What Should I Do?

One of Charlie Munger’s maxims is ‘invert – always invert’.  Try to work backwards from a stock’s current price (which represents a slice of owning the whole business) and impute what level of organic growth, margins, or other assumptions must come to fruition in order to justify the price. Do not fixate on share price movements, whether it be the percentage decrease year-to-date or the increase from the bottom in March. Despite the number of moving parts, can a sense of comfort be gained that the current price imputes not only reasonable expectations about the future, but moreover room for things to go wrong? Take a look, name by name in the portfolio and honestly evaluate. If such analysis is not relevant to a particular holding, why not? There should be a good reason.

If we were to visualize ourselves conversing 10 years in the future on stocks that had generated even only mediocre returns for the past decade, I am certain hindsight will show that it was a mistake to sit on the sidelines in June 2020 solely because of anxiety. Up close, seeing the market price of an investment decreasing 50% may be feel gut-wrenching. However, expand the view to a high level over decades and the pain is reduced to a bump in the road, assuming of course the company in question ends up being a growing concern. The benefits of staying the course from this perspective far outweigh reacting ‘correctly’ to short term stimuli. If one does not have the time horizon or willingness to stomach the inevitable fluctuations that are attached with equities, there are always other asset classes.

Readers are advised that the material herein should be used solely for informational purposes. Starvine Capital Corporation (“SCC”) does not purport to tell or suggest which investment securities members or readers should buy or sell for themselves. Readers should always conduct their own research and due diligence and obtain professional advice before making any investment decision. SCC will not be liable for any loss or damage caused by a reader’s reliance on information obtained in any of our newsletters, presentations, special reports, email correspondence, or on our website. Readers are solely responsible for their own investment decisions. The information contained herein does not constitute a representation by the publisher or a solicitation for the purchase or sale of securities. Our opinions and analyses are based on sources believed to be reliable and are written in good faith, but no representation or warranty, expressed or implied, is made as to their accuracy or completeness. All information contained in our newsletters, presentations or on our website should be independently verified with the companies mentioned. The editor and publisher are not responsible for errors or omissions. Past performance does not guarantee future results. Investment returns will fluctuate and there is no assurance that a client’s account can maintain a specific net liquidation value. The S&P 500 Total Return Index and the S&P/TSX Composite Total Return Index (“the indexes”) are similar to Starvine’s investment strategy in that all include publicly traded equities of various market capitalizations across several industries, and reflect both movements in the stock prices as well as reinvestment of dividend income. However, there are several differences between Starvine’s investment strategy and the indexes, as Starvine can take concentrated positions in single equities, and may invest in companies that have smaller market capitalizations than those that are included in the indexes. In addition, the indexes do not include any fees or expenses whereas the return data presented is net of all fees and expenses. SCC receives no compensation of any kind from any companies that are mentioned in our newsletters or on our website. Any opinions expressed are subject to change without notice. The Starvine investment strategy and other related parties may hold positions in the securities that are discussed in the newsletters, presentations or on the company website.

I am the founder of Starvine Capital, an investment practice that directs Separately Managed Accounts on behalf of individuals. Previously, I served as a buy side analyst with premier asset managers in Toronto. My educational credentials include the Chartered Financial Analyst (CFA) designation, MBA from The Richard Ivey School of Business, and an undergraduate degree (B. Comm) from McMaster University. I am also a professor at Durham College. 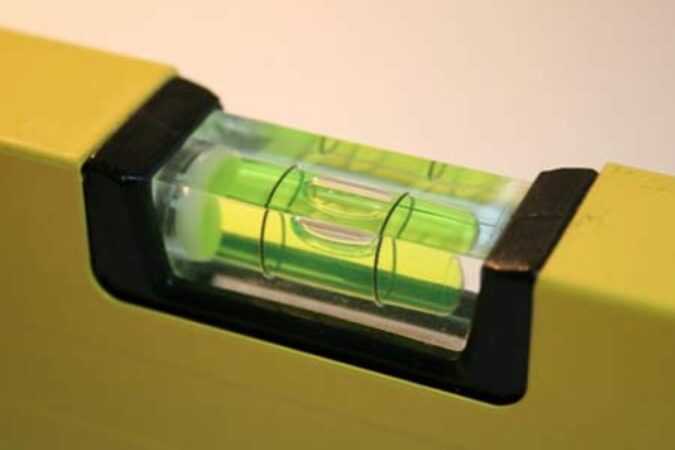 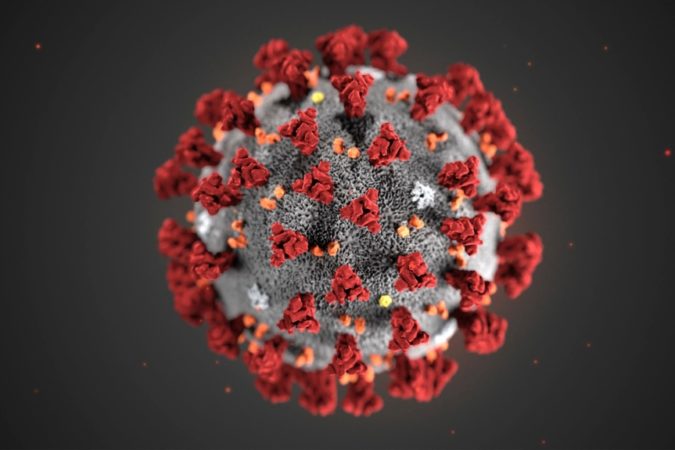 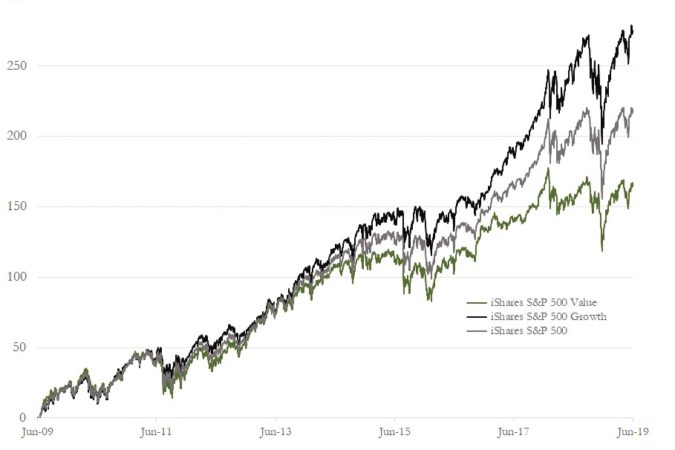 Starvine Capital is an investment practice that provides portfolio management services for Separately Managed Accounts. Founded in 2014, Starvine’s key purpose is to help clients achieve their long-term objectives with a value investing framework.

Receive the latest investment news, find out all things company-related and wealth management tips for the DIY investing enthusiast. Sign up and we’ll keep you up to date. No spam! We promise.